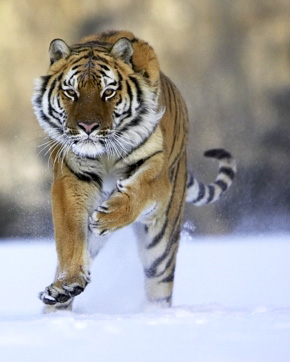 Sometimes, it seems, the more you think you know the less you actually do, at least when it comes to workflow. Many photographer friends of mine seem to know everything about the world of digital, yet their files are chaotic, confused, and complicated. The reason, usually, is that these photographers haven't instituted a workflow that works for them, and if they have, they have not religiously followed up on the work involved.

At this point in time it seems like virtually everyone backs up their data - at least once, if not several times with several different mediums. However, that backup often consists of meaningless unnamed files in, hopefully, folders that make some sense. These folders may, or may not be, edited, and often the photographer doesn't know or remember which folders have been edited and which folders have not. More than once I've heard the resigned comment, I'll just have edit all of them to make they're all done!

This doesn't have to happen if you are systematic, and if you are disciplined in doing at least some bacis tasks, ideally before you do your back up, or at least before you start more another download.

I'm a huge fan of labeling my folders correctly and coherently. All of my imported images go into a Named folder that gives me a good clue as to what the contents are. Afterwards, I open up CAPTURE ONE RAW editing program, and after my thumbnail previews are generated, I batch rename the images with a correct identification. Generating thumbnails can take a bit of time, which I might occupy by doing other computer work or some non-computer task. At this point in my batch renaming I may not be extremely specific. For example, all my pumas may be labeled 'puma (cougar)' even though the folder may contain portraits as well as running, action shots. Later, when I do a thorough edit, I can again rename the images with an appropriate label like 'Puma portrait,' Puma Leaping,' 'Puma Running' and so on.

Some folks wait until after they do their hard edit to batch rename, and while that may work for you, I think it's best to rename as soon as you can. Doing so, you can later combine similar files into subfolders for a more demanding edit. For example, let's say I shot 500 images of pumas on a captive animal shoot. This includes images of pumas feeding, running, jumping, climbing a tree, in a landscape setting, and portraits. Initially, all of my images may simple be labeled 'puma (cougar)'. If I take the time, which I'd recommend that you do, you could be a bit more precise in your initial label, and include 'puma - running,' or 'puma-portrait,' or whatever. Later, you could then drag similar files from your other puma folders so that a subfolder only contains 'Puma Portraits,' or 'Puma Running,' and so on.

I'll tell you from a lot of experience that it's a lot easier to be brutally tough in an edit, and pick only the very best images when you see that you have a large assortment of a similar topic. If I can see I have 50 pumas leaping, I don't feel worried if I cull these down to the best 10 or so. However, if I didn't subdivide these first, I might have 3 leaping pumas in one folder, 7 in another, 5 in another, and so on, and I might be more inclined to play it safe and keep 'near-keepers' as insurance. Renaming and subdividing reduces that tendency.

In our Digital Complete Nature Photo Course we teach workflow, and our students, many of whom feel they know little going into the course, follow the workflow that we drill in to them. I'm always gratified when I see these students later on a trip continuing with the workflow we've taught, as their files are well organized, and there is no question as to what images have been edited and which images still need to be.

Rather than reinventing the wheel and spelling out the editing and batch-renaming process again here, let me refer you to two very detailed articles I did for another website that discusses this. For further information, please see our article on Adobe Camera RAW http://www.photosafaris.com/Articles/AdobeCameraRaw.asp or this article on Editing in Capture One.